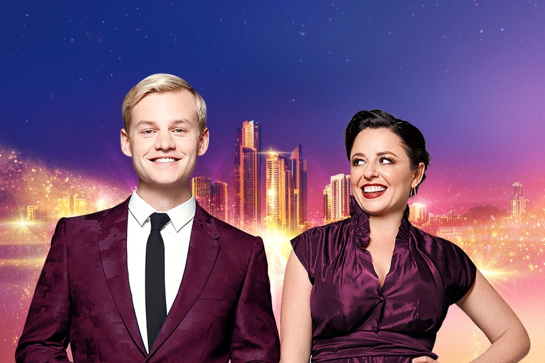 After Kate Miller-Heidke’s gravity-defying win at Eurovision – Australia Decides in 2019, who will wear the crown next for Australia?

Once again, the power is in your hands Australia.  Join the Gold Coast party to see and feel the performances of ten of Australia’s best music artists as they compete for your vote to represent our nation in the pursuit of Eurovision glory.

Individual, Group and Family tickets available, or join the party on the Gold Coast with a Two Day Party Pass to all three shows!

Friday 7 February: Opening Night Show - On Friday night, the artists’ staging and performances are revealed for the first time and judged by the jury.

Saturday 8 February: Matinee Show - Witness the spectacle of the evening shows at a family-friendly price and time.

Live TV Final - It’s your chance to be a part of the live television broadcast when Australia decides which artist will be crowned winner of Eurovision – Australia Decides – Gold Coast 2020. Watch the performances, vote and find out who will go on to represent the country at the Eurovision Song Contest 2020 in the Netherlands.