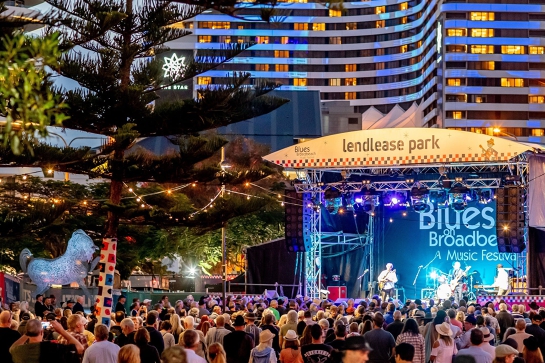 Blues on Broadbeach, one of the Gold Coast’s biggest music festivals, is returning in 2020 for a huge weekend of incredible live music from Thursday May 14 to Sunday May 17.

Still going strong 19 years since it first began, the streets, parks and venues across Broadbeach will once again be filled with the sound of blues over a massive four days. The festival is completely free with stages and musicians playing from 20 performance venues, including restaurants and local bars throughout the central Gold Coast suburb.

For the full lineup and set times, head to the offical Blues on Broadbeach website.