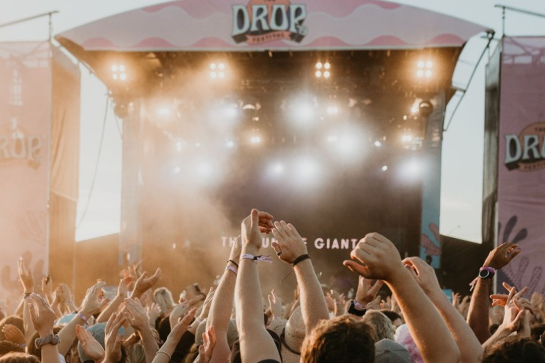 With two hugely successful tours already in its wake, The Drop Festival is back in 2020 for a third season that’s set to be even better and waaaay bigger.
After making its way around the country hitting up some of the world’s best surf breaks to sell-out crowds, The Drop Festival will once again follow the World Surf League Championship Tour events at Snapper Rocks on the Gold Coast, Bells Beach in Torquay & Margaret River in WA and Qualifying Series events Surfest Newcastle & Sydney Surf Pro in Manly. In 2020, for the first time, will add an additional stop at the Noosa Longboard Open.

Slap on your sunscreen and get ready to party with: THE PRESETS • BOY & BEAR • ALLDAY • BALL PARK MUSIC • DZ DEATHRAYS • KITA ALEXANDER • GRAACE
Grab your best mates and prepare to follow the coast for an epic line-up of Australian artists at some of the best beaches in the world!

The Drop Festival 2020 in Coolangatta is an all ages event. All attendees aged 15 and under must be accompanied by a responsible parent/ guardian holding a valid Adult Event ticket at all times whilst at the event.