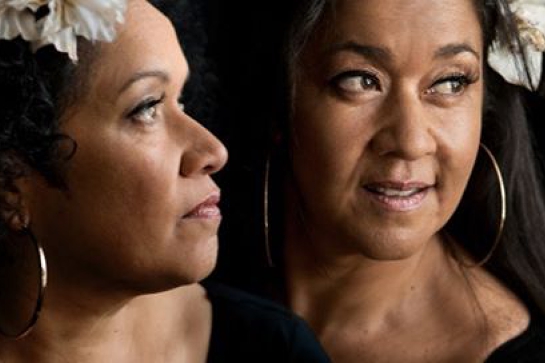 Vika and Linda I Between Two Shores

Join Vika and Linda Bull for an intimate evening of new tunes and old favourites, as they perform their trademark distinctive, versatile and emotionally charged songs.

For over 30 years the sisters glorious voices have featured on the Australian music landscape. Since their multiplatinum conquest of pop radio with the Black Sorrows in the late 1980s, the sisters have forged diverse pathways into soul, gospel, blues, country and the island music of their Tongan ancestry.

By turns tender and powerful, their rich solo vocals and instinctive harmonies have spawned eight albums of their own, as well as illuminating studio and concert performances by Paul Kelly, Rockwiz, C.W. Stoneking, Deborah Conway, Kasey Chambers and many more.

Vika & Linda, their debut album of 1994, was produced by Paul Kelly and written by some of the most accomplished songwriters of the era, including Paul Kelly, Joe Camilleri, Stephen Cummings, Mark Seymour and Nick Barker.

They are currently working on their first full length album of original material for 17 years.

Presented by HOTA, Home of the Arts