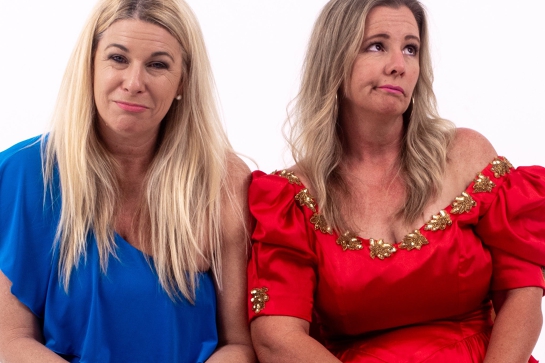 Women Like Us | Mandy Nolan and Ellen Briggs GCLF 2020

Women Like Us’ middle aged mouthy mamas of mirth, Mandy Nolan and Ellen Briggs returned from Adelaide Fringe Festival where they performed two sold out shows and garnered two 5 star reviews from Festival Reviewers being officially declared ‘Goddesses’ by the Weekend Notes Writer who asserted that ‘everything they say and do is the absolute word of sacred truth!’
Glamadelaide declared the audience ‘barely had time to draw breath between the hearty laughs’ and ‘it’s not just women who love this hilarious crowd pleaser.’