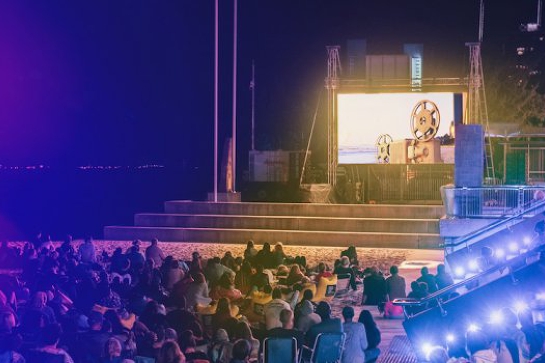 Surfers Paradise will come alive with a vibrant combination of cinema and the performing arts when it hosts Film, Music and Dance (featuring SIPFest) presented by Gold Coast Film Festival on Saturday and Sunday, April 18-19.

The Shorts in Paradise Festival – aka SIPFest – will see emerging filmmakers, actors and screenwriters compete for a share of the $8000 prize pool by showcasing mini-masterpieces covering genres as diverse as thrillers, dramas, comedy and documentary.

A huge night of free entertainment, on Saturday April 18, SIPFest will be complemented by a program of dance performances and community bands, including a rousing performance of film themes by the nationally renowned Gold Coast Philharmonic Orchestra. Film, Dance and Music will continue Sunday April 19 when three feature films celebrating music and moves will screen on the Surfers Paradise Beach big screen.

Then, having seen the dance moves on screen and stage, you will be able to show off your own moves in the interactive Latin Dance Street Party on Sunday night, to be held in Cavill Mall.

For more information on SIPFest and the Gold Coast Film Festival, visit the website.