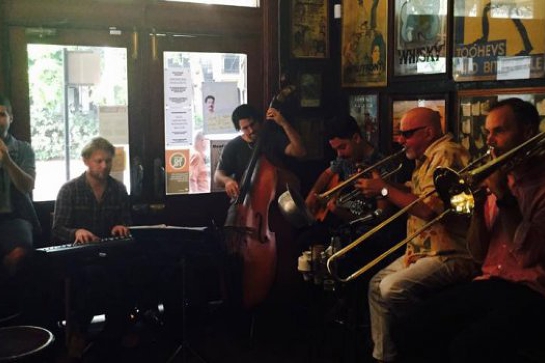 Geoff Bull and The Finer Cuts

Geoff Bull has had an illustrious career as one of the country’s leading Jazz trumpeters. He has toured the world extensively and has built a reputation for himself as one of the most authentic torch bearers of the New Orleans jazz tradition and he’s coming to HOTA for one night only!

Geoff has formed a band with five of the country’s most in demand young jazz musicians – Justin Fermino, Ben Panucci and Sam Dobson (three quarters of The Cope Street Parade), piano prodigy Harry Sutherland and trombone extraordinaire John Hibbard. This band is unprecedented in Australia for its dedication to the tradition of New Orleans jazz and is a true living and breathing symbol of the passing on of knowledge from an old master to the next generation. This band represents not only the history of jazz but also its future.

The concert is presented by the Gold Coast Jazz and Blues Club and is a must-see for anyone who loves jazz music.