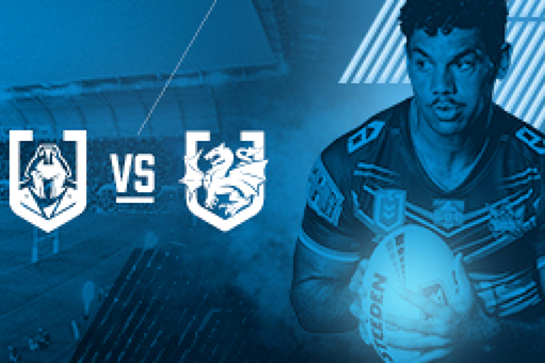 The Dragons endured a tough 2019 season, but a host of changes on and off the field are sure to have them breathing fire in 2020 – setting up an absorbing clash when they take on the Titans at Cbus Super Stadium in Round 20.

Veteran representative forwards Issac Luke and Trent Merrin are the Dragons’ major off-season recruits, bringing a wealth of experience to a forward pack that will lay the foundations for State of Origin halves Ben Hunt and Corey Norman to weave their magic.

But perhaps St George Illawarra’s most significant signing for 2020 is off the field, with Cronulla’s 2016 premiership coach Shane Flanagan returning from an NRL-enforced exile as Paul McGregor’s assistant coach.

Flanagan transformed the Sharks into a premiership-winning outfit after years of under-achievement, and his tough edge could the key to the Dragons unlocking their undoubted potential in 2020.

Always one of the most popular clubs in Queensland, the Round 20 clash between the Titans and Dragons is sure to be one of the biggest atmospheres this year at Cbus Super Stadium.