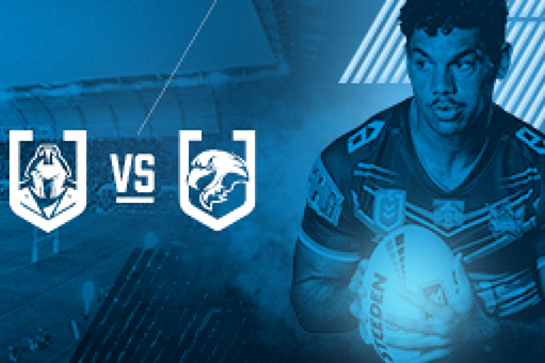 After a couple of years struggling for form, the Sea Eagles surprised everyone in 2019 by roaring back to life under the coaching of favourite son Des Hasler, who produced one of his finest performances to lift Manly into the finals after finishing sixth on the ladder.

Of course, it doesn’t hurt that Manly have some of the best players in the world at their disposal – like the freakishly talented Trbojevic brothers, Jake and Tom, and Queensland State of Origin captain Daly Cherry-Evans at halfback.

But the Gold Coast Titans know they have the game to go toe-to-toe with the Sea Eagles.

In 2019, the Titans were one of only three teams – the others were the Roosters and the Storm – to beat Manly at their home ground, delivering a crushing 36-18 win over Hasler’s men in Round 11.

Unfortunately, the Titans were not able to repeat the dose when the Sea Eagles travelled to Cbus Super Stadium for the return clash in Round 15, with Manly escaping with a 30-12 win.

In the final game of the regular season, both clubs will be desperate to leave Cbus Super Stadium with two points in the bag and smiles on their faces. Don’t miss a second of the action!