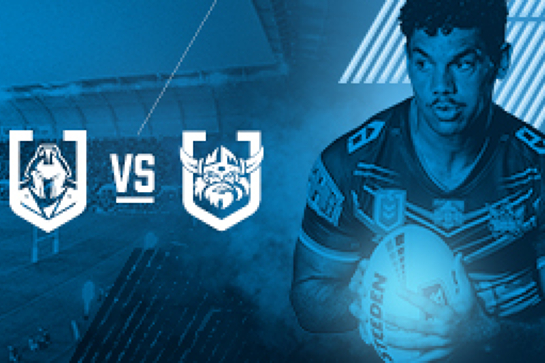 It was hard not to cheer for the Raiders last year as the Green Machine came oh-so-close to landing a rugby league fairytale with their run to the 2019 NRL grand final.

The Raiders were ultimately beaten by the Sydney Roosters in the grand final, but were cheered on as the underdogs after going on a giant-killing run through the finals series.

But that was then, and this is now – and the hunters have now become the hunted.

No longer sailing under anybody’s radar, the Raiders will have a big target on their lime green jerseys in 2020 as the other NRL clubs look to get one over last year’s surprise packets.

That is especially true of the Titans, who copped a 21-0 belting from the Raiders in torrential rain the only time these two clubs met in 2019 – in the first round of the premiership at Cbus Super Stadium.

This year, the Titans and Raiders meet at the same venue at the back end of the season – Round 24 – rather than the start, but the intention of both teams will be no different.

Most eyes will be on Canberra’s No.7 jersey in 2020, with former Titan Aidan Sezer leaving the Raiders after taking them to the grand final to join English club Huddersfield.

In his place, Raiders coach Ricky Stuart has again gambled with an English player, bringing in Wigan’s talented – but untested in the NRL – George Williams.

He joins Canberra’s British cartel including Josh Hodgson, John Bateman and Elliott Whitehead as the Raiders look to go one step further in 2020.

But there are 15 other clubs waiting to knock the Raiders off their perch, and the Titans will take their best shot at Cbus Super Stadium in Round 24.