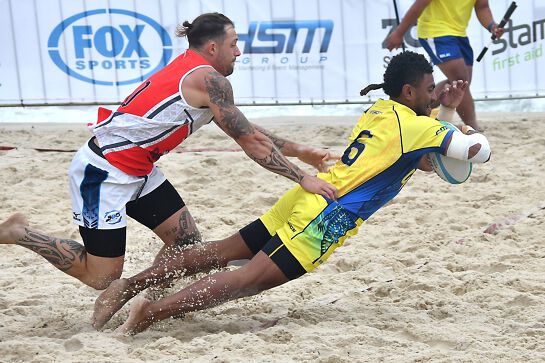 Beach Rugby Australia is presents a spectacular, fast paced and exciting game based on modified rules of Rugby Union, Rugby League and Touch Football. It’s the game you know, but not as you know it!
Men and women play with “five” players a side with up to five substitute players per team, each half takes just five minutes and everything you have. The beach arena of play is 30 metres in length and 25 metres in width. Straightforward and easy-to-understand this contact sport is a huge hit for spectators and players alike.
Taking off around the world in places like Rio, Brazil, Portugal, Spain, France and even England, now Australia to get on board for its second year and where better place to host Australia’s annual international Beach Rugby tournament than on Kirra Beach - beautiful Gold Coast, known for its spectacular beaches, picture perfect natural surrounds and some of the best visitor experiences in the world.