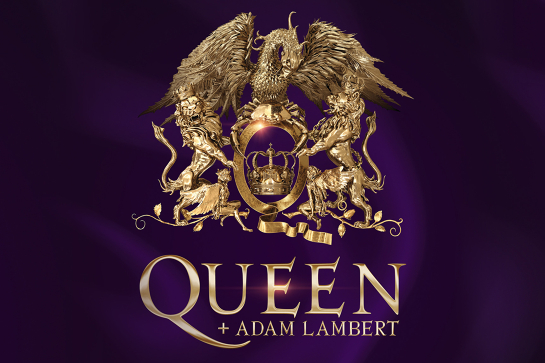 Queen and Adam Lambert teams members of one of the greatest British hard rock bands with a young American talent. This collaboration delivers Queen's classic songs and the arena-sized spectacle to match.


We will rock you


Queen began in London in 1970, when guitarist Brian May and drummer Roger Taylor, playing at the time under the name Smile, joined forces with vocalist Freddie Mercury. After cycling through a few candidates on bass, the group completed its classic lineup by settling on John Deacon in 1971. Queen released its self-titled album and began touring in 1973.


Over the years to come, the band's combination of hard rock, glam, and complex vocal harmonies developed a worldwide fan base. 1974's Sheer Heart Attack brought its first U.S. Top 20 hit with "Killer Queen." The following year, the elaborately produced A Night at the Opera launched the group to new heights, reaching No. 4 on the Billboard chart and spawning the single "Bohemian Rhapsody," which was nominated for two Grammy awards.


Queen remained a major commercial force into the 80s, with hits like "We Will Rock You" and "We Are the Champions" from 1977's News of the World, "Fat Bottomed Girls" off 1978's Jazz, and "Another One Bites the Dust," featured on The Game in 1980. In 1985, Queen performed at the Live Aid charity concert, which was televised for a global audience estimated at 1.9 billion people.


By the end of the decade, however, Mercury had fallen ill, eventually succumbing to AIDS in 1991. The surviving members occasionally performed with guest vocalists in later years, most notably when May and Taylor toured with Paul Rodgers of Bad Company fame from 2005 to 2009. Meanwhile, the retired Deacon has sat out all activities since 1997.


Soon after Queen and Paul Rodgers announced they had parted ways in May 2009, May and Taylor appeared on the television show American Idol with singers Kris Allen and Adam Lambert for a rendition of "We Are the Champions." Lambert, a theatrical performer boasting an exceptional vocal range, had already caught May's attention by auditioning for the show with a performance of "Bohemian Rhapsody."


Queen and Adam Lambert began touring together in 2012. Each performance includes a selection of the band's most beloved hits and deep cuts for die-hard fans, plus an immersive array of digital visuals. The shows pay homage to the memory of the late Mercury while sharing Queen's classics with a whole new generation of music fans.